Quickly Discover the Owner of Islands in a River

The Common Law presumption of ownership of a river island follows the presumption that ownership of a river stretches to the mid-way point of a river, so that facing land owners will usually each own 50% of the width thereof, abutting the line of their respective riverbank. This presumption is subject to rebuttal by evidence to the contrary. That evidence, if there is any, will normally be contained in the registered or unregistered Title Deeds.

Alternatively, it may be that the River island is under separate ownership completely, in which case it would have its own Title Number and Title Documents.

1  (11.10.1988)  The Freehold land shown edged with red on the plan of the above Title filed at the Registry and being Land on the south west side of the River Tannat, Glanmydir, Ciliau Aeron, Lampeter, including the whole of the River Island shown thereon.

A Title Plan of the property would show the River Island also edged in red. It is not the Land Registry's established protocol to show presumptive areas of land on the Title Register, e.g. the paving, verge and roads abutting a property do not show the presumptive ownership to the mid-way position, whether or not the road has been adopted by the local authority. This is the same for adjoining stretches of fresh water.

Contrast the sample images below, showing how the legal ownership differs from that presumed by common law, and how evidence in the Title Documents can refute such a presumption. Sample images overlaid with colour to illustrate the point. All green land is owned by Jones; all yellow land by Williams. 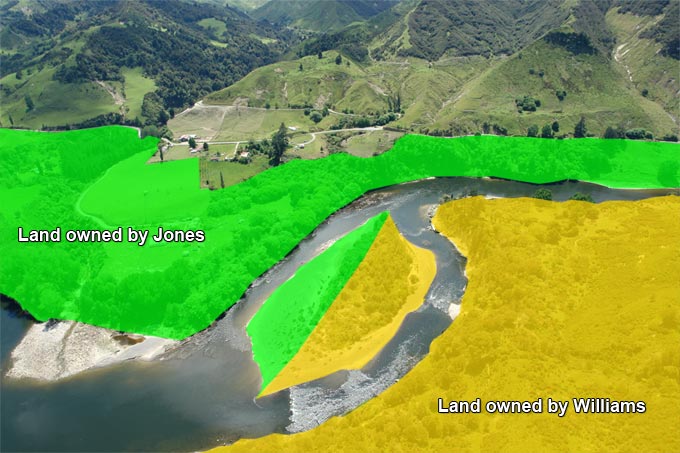 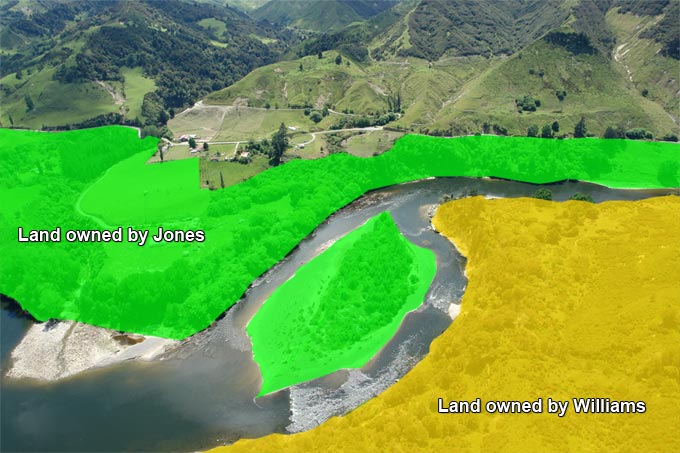 What is a Common Law Presumption?

Over time the law of England & Wales has built up a number of legal presumptions, derived from cases heard in the High Courts. These presumptions will only apply where there is no evidence of an agreement to the contrary; if there is then the presumption can be rebutted.

Evidence to the contrary in most instances can only be relied upon if it is in writing, and preferably recorded in a legal document such as a Deed. Therefore, before relying on a legal presumption it is important to check the Land Registry Title Register, Title Plan and copies of any copied Conveyancing Deeds, to see if there is any evidence of rebuttal. 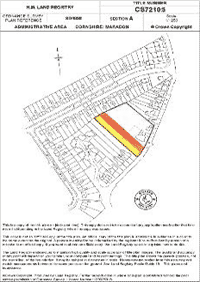 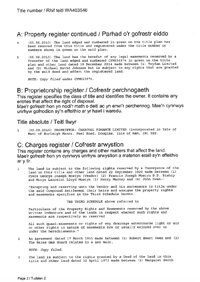 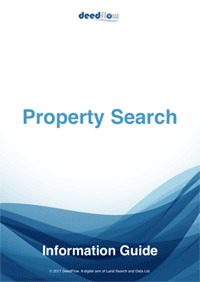 Details of physical and water features within 250 metres of the property.